I remember when H1 deviated and Father told us that he was manipulated by Communists. It was shocking to hear. This was on HDH during the last world tour Father made. And I know what Communist manipulators can do.

We should understand that there was a group in our movement already working actively to destroy TP. And Father warned us, to be aware of manipulators implanted in our Church with evil intend. Even in CSG you can find his explanation how to recognize them in our midst. Imagine what happens if such people slowly succeeded to clime in influential positions.


"These people are among those who have been going against True Parents' will, opposing us for opposition's sake alone.. These thoughtless people who have been sending seditious documents to blessed families, harming the value of the scriptures through online blogs, and going as far as shaking even the identity of True Parents." Read..

That's why warned Hyung Jin not to proclaim himself a New Center and deny TPs. Yet, in his resentment Hyung Jin became easy pray of this opposing group. They surrounded him and Kook Jin, aiming to accomplish their vicious aims through TPs sons. This reflects the group of evil spirits that I see working through them. They misled him further and further in his fantasies of glory and power. Influenced by them TC came to such extreme. See, Hyung Jin to eliminate and supplant the True Parents


"When parents believe in their beloved children but are betrayed by them, there is no describing the shock, distress, and misery those parents experience based on that trust. When people betray, reject and mistrust those who have loved them with their lives, it causes unspeakable misery. You cannot understand unless you experience .. how God become as miserable." (Father, 1968.6.9)

If you want to know how Hyunjin and Kookjin got in this trap, please understand how it works. Complaining individuals are object of the evil spirit world. As Francezzo explains, the moment you have displeased feelings, dark demons from the bottom of hell raise up and overtake you. Remember how Hyung Jin and Kook Jin were going around and listening to complaining members.

I saw this many times, wonderful leaders after hours of listening to such complaining members were spiritually obsessed by the same spirit. The same low resonance, the same trapped emotions entered their own hearts. If not enough mature to distinguish and overcome, they start multiplying it. It get's even worse, when the complainers are experienced manipulators or born psychopaths. Read, SANCTUARY CHURCH - VICTIM OF A PSYCHOPATH. Once taken by their spiritual energy we also may start acting in a like manner.

A group inside our church working against TP's:
No wonder things are in such a chaos.

We caught one and revealed him. Now he is with SC. Can you believe. And he is implanted professional manipulator, who succeeded for 20 years, unrecognized, to trigger intrigues and conflicts between the members. Once we kicked him out, all conflicts and accusations stopped, all meetings became harmonious and full with love and understanding. One person could play with us so much. Until we found who implanted him in the church and with what purpose.

And I see most of SC are with the very same nature. Some are manipulators, some are sociopaths from childhood, the rest are manipulated victims. They are musters of intrigues. Very good at buying you on their side and very nasty if you are not. There is always a very strong evil spiritual world behind their manipulations. That's why they have such power to redefine things, manipulate feelings and change perspectives upside down. Read how even failed leaders are sucked in this negativity nest.  Read, Sanctuary Church's Questions Revealed their Manipulative Nature

Identify who is from the Opposing Group:
Don't be Manipulated by them 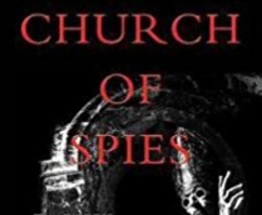 Don't think this is strange. There is a book, "Church of Spies" about the Catholicism. In the Communist countries was absolute system; all Church leaders were gradually replaced with spies educated in manipulation. Recently the secret files were opened in my country and we found with shock that all the top leadership of the Orthodox Church are still these people. Even more shocking; all other churches were invaded too. Strange that this was revealed after we exposed the spy in our Church, who at that time already succeeded to become NL and started filling the church with strange people, having nothing to do with our faith.

In other countries is probably under different forms. "In the process of criticizing the Cheon Il Guk scriptures, the identity of members of these opposing groups has come to light. They are desperately trying to dent True Parents' identity and tradition.

These opposing members have been regarding the status of True Father and True Mother as different and have been criticizing everything True Mother has been conducting. Hence, they have proven that they are the problematic group that has been trying to systematically destroy our community." Read..

You should know that such people are ready to fabricate any lie to destroy someone's reputation and destroy our church. Let's take the case of Steve Hassan who has made only nine months in the church. In many TV shows he patently lied about things happening a certain way when I was, in fact, there and heard what father really did say. Now he went on Leah Remini's TV show on Scientology, saying that he was trained to kill on command and would have when he was a Moonie.

You should know, that such manipulators collect rumors and implant such. Then share them as if others say that, thus creating the feeling that it is a common knowledge. They know how to take out your fears and fallen natures, and then use them to manipulate you, your relationship with others and the way others see you, or you think they see you.

They are very covert, very capable of controlling their feelings - since they have no empathy. We are easy prey if we don't learn to deal with such people. Just the way they ask question sometimes can make evil spirits invade you; doubts overwhelm your mind and open your evil nature. And trust me, the low realms of the spirit world are full with such manipulative spirits.

How to Uproot this Problem in the World

1. If you know any further information, please share
2. If you know such people in UC please reveal them
3. Be self aware and Uproot such tendencies in yourself

God needs CIG citizens. But understand that each of us has some percentage of evil ancestors in our lineage, that can express through us; influence your worldview, emotions, actions. God showed me in vision; To start CIG we need go through Dividing Period, for the sake of separating such people, and such evil in our own self. Read, Why we are in the Dividing Period

We are people of heart. But our heart can be overtaken by low resonance. Getting in touch with such people, reading low resonance (negative) materials etc.. it can all drag us down. Once we descend in the low resonance of doubts, fears, depression we have common base with low, evil spirits. They are attracted like magnet and soon our mind gets overwhelmed by negative thoughts, critical views, displeased emotions. Read, SCIENCE OF THE HEART

When unable to liberate ourselves from this energy we start multiplying. We share and it enters the hearts and the minds of the listeners. This opens the door for the evil spirit world to invade more and more, producing the energy they need and resulting in evil actions. The worse part; it makes you feel you are right, and you should do and talk these evil things. But in fact you are just instrument of Satan. It takes self awareness, maturity and understanding, to be able to overcome this and help others get out of it. But unless we mature above this, no CIG is possible.