Why God worked so hard to Create True Mother 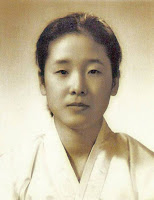 "God has never done what He wants to do. God hasn't been able to love a woman. Nobody sitting here knows the destiny of Heavenly Father which is to create Mother. There hasn't been a Heavenly Mother. God hasn't had His wife, and therefore He hasn't had his sons and daughters yet." (Father, June 17, 2012 Cheon Jeong Gung)

Just before his passing, Father asked us to center on Mother:

"I sincerely ask you to choose True Mother's path; the path of a true wife, of a true daughter and of a true woman leader who will build a unified world where freedom, peace and happiness overflow in its truest form." Father - July 16, 2012

We can understand Father's unity with Mother; proclaiming that they are the victorious True Parents; and Mother is "the victorious representative of the world’s women," "the model of a true mother and true wife."


“Under True Mother as the victorious representative of the world’s women, women can establish now the model of a true mother and true wife and form ideal families through a true love movement." (Father July16 2012)

Mainly because of religious leaders, who received the Only Begotten daughter, Africa is now ahead in the providence. God and True Father surely work miracles to support True Mother on earth.

As a co-founder of the Universal Peace Federation, together with her husband, she has devoted her life to peace, founding many organizations and initiatives in a wide range of fields. 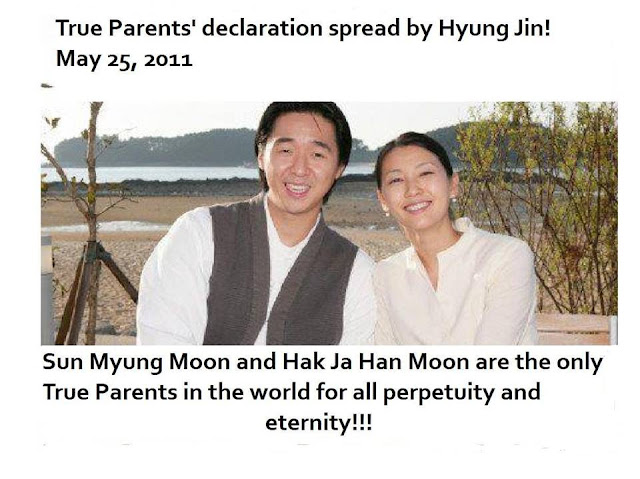 "Many pray to Mary. Why do they pray to Mary so much? Because they are looking for the completed Eve. Mary is the closest person to the completed Eve that they can find. So they pray to her. But what they are really looking for is the perfected Eve, the bride of the messiah, the perfected Eve. ALL OF HISTORY HAS BEEN WAITING 6,000 YEARS FOR THE PERFECTED EVE, AND SHE'S HERE! IT IS OUR TRUE MOTHER." Hyung Jin


Why Mother Must take the Lead in the World

"Since the first family became Satan's beginning with Eve and then expanded to the world, according to the principle of restoration through indemnity, to turn this situation around Mother must take the lead in the world.

It will soon be said that Mother, as the woman who initiated world peace and is its strongest advocate, is the world's foremost woman. Sons and daughters naturally connect to their mother. So when Mother achieves that level, Satan's world will turn around 180 degrees and follow her." (238-076, 1992/11/19)

"Men in general have not cooperated with heaven and have even opposed heaven. Now men can achieve success on the national, world and cosmic levels through absolute faith, absolute love and absolute obedience, which prior to now was not possible. We must enter into the era of father-son cooperation on the victorious foundation of mother-son cooperation through Mother. As of today we have come this far." (337-014, 2000/10/16)

"Even when I am alone, I represent True Parents. And the same goes for Mother. When she is alone, she represents True Parents. You should not say things like, "Now, since Father is over 70, why hasn't he designated an heir?" Mother and Father are still alive, and our children are here as well. There is no need to worry. True Mother and our sons and daughters have to continue living for the sake of others with the absolute love of God, even more than the church members. You should keep this in mind. But just in case something goes wrong with our descendants or something goes against the Principle, we will create a system to correct the matter through family meetings.

"God's providence of restoration and True Parents' holy work of restoration culminated in victory in 1999... I held a public ceremony to recognize True Mother's achievement. She is worthy of recognition by both the Unification Church and the Creator. You have to say, "There is our Mother! She is the same as Father!" I have been the right side of God, but now I have set up Mother as the left side of God. Therefore, we can enter the era of liberation."

"True Mother won a supreme victory over the highest level of Satan's world. She entered into this position based upon the recognition by God, Satan and all people that she had fulfilled her responsibility as the True Mother. Starting with Christianity, she has gone beyond the realm of religion and has achieved victory. She can therefore occupy and act from the precious position of Eve whose mistake in front of Adam has been restored. I will proclaim this to heaven and earth. Therefore, I will publicly recognize Mother's achievement at the "Ceremony for Proclaiming and Celebrating True Parents' Cosmic Victory." From now on, Mother stands in a position equal to my own. The age of the equality of man and woman has come. It is the age of the equality of man and woman based on love. Now is the time when we have to unite women and teach men about this." (302-232, 1999/06/14)

H2: "If I deny True Parents you must not follow me"